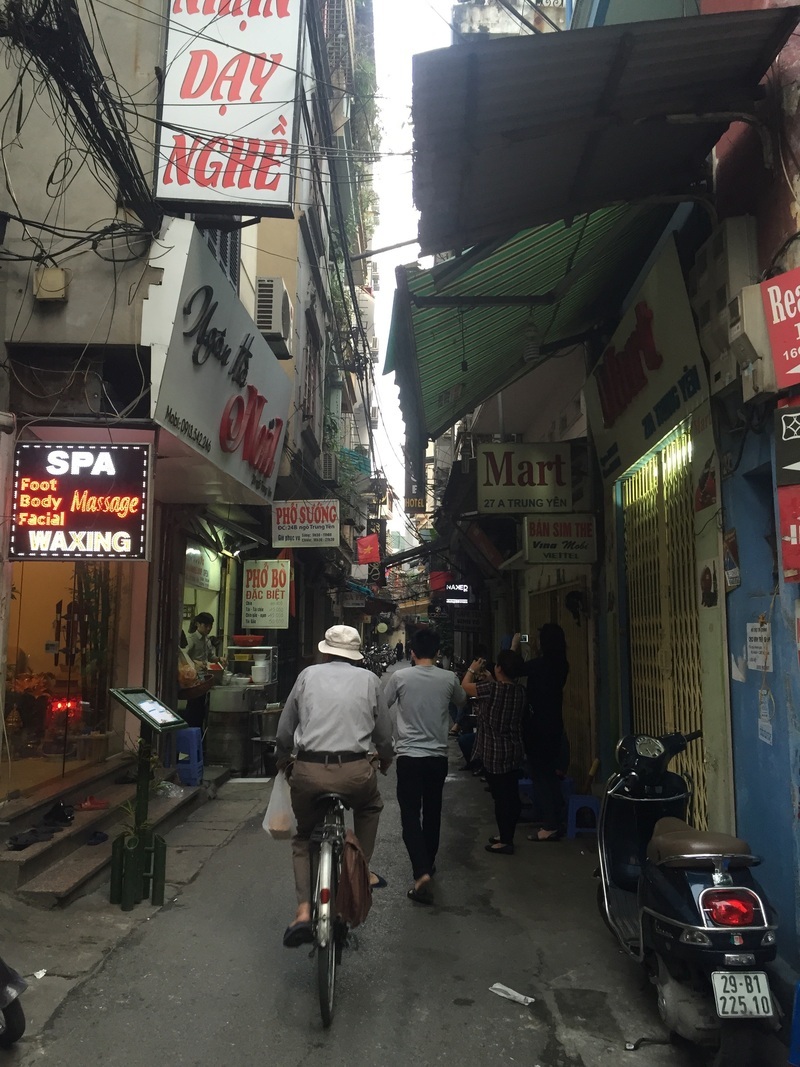 As I traveled north through Vietnam, I continued to hear not-so-great things about Hanoi, and I was not looking forward to the 4 days I had saved for myself there. When I finally got there and walked around, experiencing the street food, the hustle and bustle, the water puppet show (which is a waste of time and money), and the people, I confirmed what I had heard. So I kept my belongings in my hotel and ventured up to Mai Chau to avoid the city.

However, my last night in the city completely changed my view. I started with a foot massage and some last minute souvenir buying, before I grabbed a child-sized chair on the sidewalk of one of the busiest intersections and ordered a bia hoi. Bia hoi is draft beer that is brewed daily and costs a whopping 5000 Vietnamese dong, or less than $0.25. Definitely can’t be beat!

I drank my beer, wrote out postcards (because, yes, I waited until the very last minute), and just observed. I watched fellow tourists drinking their bia hoi, and rushing to take photos when a motorbike with 6 people on it would ride by. I watched police tell people they couldn’t be selling certain items on the street, and those same people run if they saw the cops coming back. I watched children play and listened to the chatter all around me.

My walk back to my hotel that night was filled with observations as well. I was filled with a warmth from the multiple bia hois I had consumed, and had a hop in my step. I couldn’t help but smile as I walked through the streets. There were old couples holding hands and going for an evening stroll, young teenage love taking pictures by the lake, families stopping for ice cream on their way home. And it hit me then. Hanoi may not have as much to offer travelers as other cities, and on the surface it may seem like a place for a quick stopover. But if you take the time to just watch, listen, smell the city you’ll realize that there’s a happiness in the air that everyone is breathing. So as I made my final evening walk in SE Asia, I took a deep inhale to take in the Hanoi happiness.