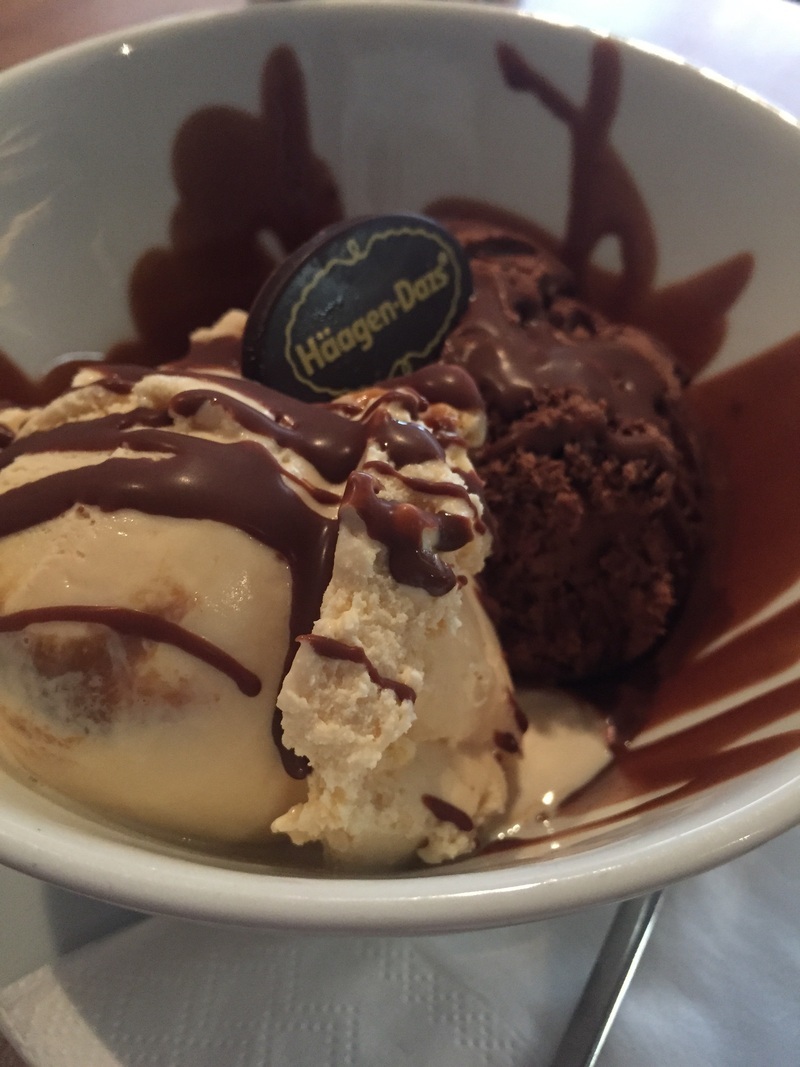 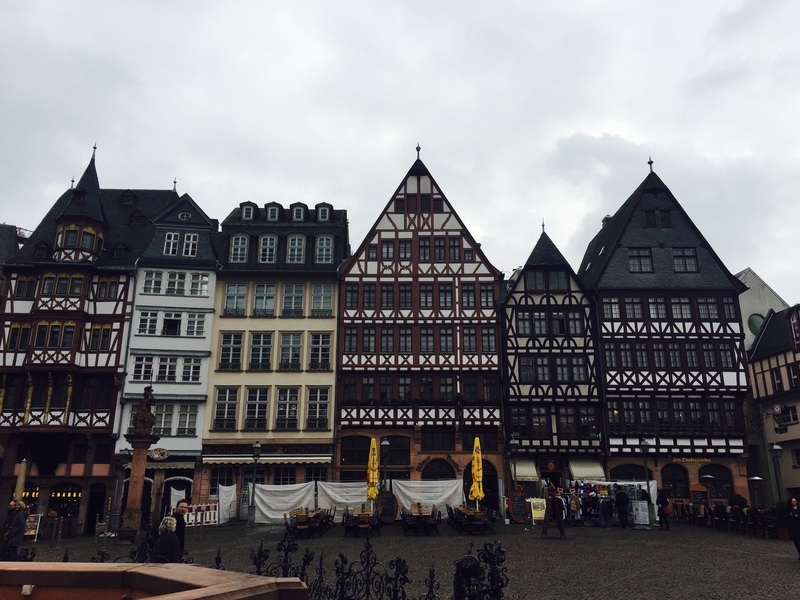 Well, jet lag and eating too much have already taken their toll. I'm back at the Frankfurt airport sooner than planned, trying my best to keep my eyes open and not throw up.
I managed to sleep a bit on my flight here, but sleeping 5 hours on a plane is not equal to sleeping 5 hours in a bed. Didn't matter, I had the whole day in Frankfurt and was not going to let it go to waste (except that it's Sunday and some things are closed on Sunday, so I was limited in what I could do).
I did what any tourist would do - I bought a train ticket and headed into the center of the city, promptly found an open coffee shop, and drank coffee while I tried to keep my eyes open and figure out what to do with the day. Then I headed out on my adventure. It took me to the Alte Opera, the Frankfurt Stock Exchange,  Römerberg, some churches, Eiserner Steg, and across the Main river. To be honest, there were no wow factors. Much of Frankfurt is a new-old city, by which I mean buildings that were destroyed in WWII were rebuilt to look as though they were the originals. Still pretty though, and definitely different from what you get in the U.S. 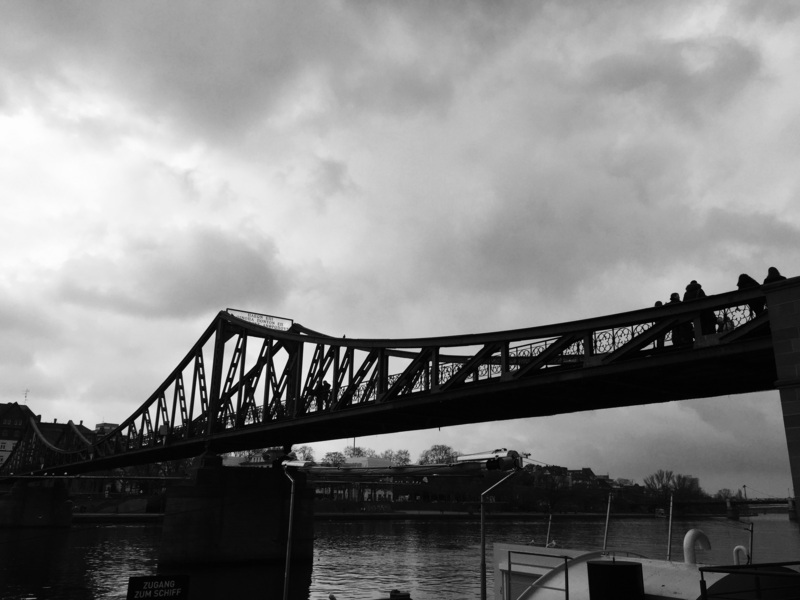 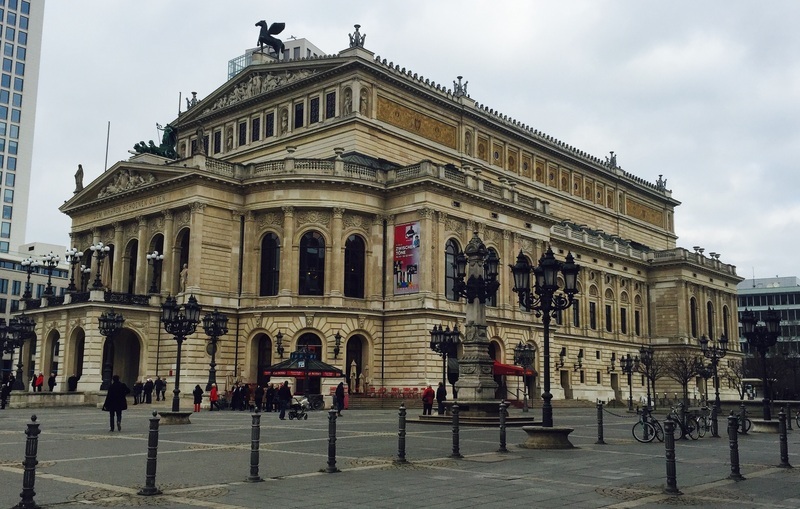 Fear not though, Frankfurt did offer a wow factor, just in the form of food. By the time I crossed the river I was ravenous, which was well planned because the local pubs were on this side of the river. I found one, called Atschel, and knew I was in for a treat when I was the only foreigner in there. Two glasses of apfelwein and the Frankfurt schnitzel later, I was beyond full (of the best schnitzel I've ever had) and realized I had no euros (thanks, jet lag). The waitress completely trusted me to walk 3-4 blocks to an ATM. Good thing, otherwise I'd still be there cleaning dishes. 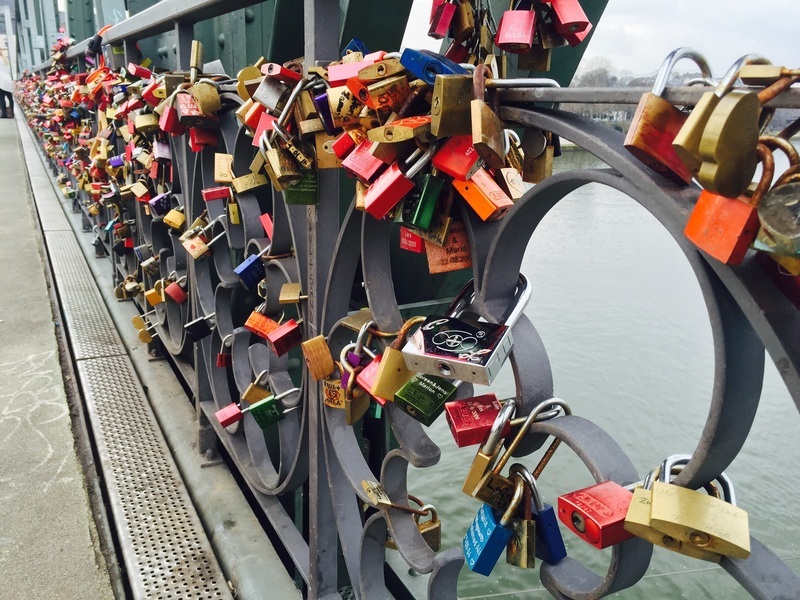 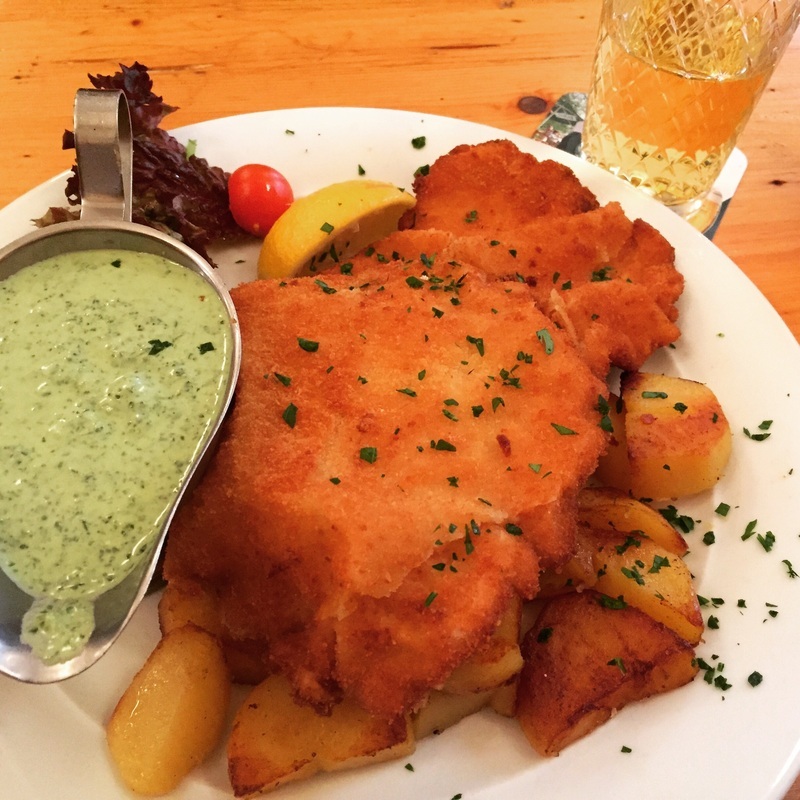 I decided to continue walking around the city to make room for my favorite thing - ice cream. This city has ice cream places every where, and I'm not talking about shitty frozen yogurt places. I'm talking about the real deal! Some of said ice cream places were Haagen Dazs (which is my favorite), so naturally it had to happen. Well I was in for a treat with quite the menu, sit down service, and a nice cafe feel while I ate my Belgian dark chocolate and dulce de leche ice cream.
Unfortunately it put me over the edge which is why I'm back at the airport early, hoping I stay awake until my 9pm flight. Next stop is Bangkok and meeting up with Katie! But first, sleep on the plane.
P.S. I can most likely assure you that my blog posts will get shorter and/or less frequent once I'm done with the bulk of this sitting in airports thing. Also, crappy connection is making it so I'm not sure that all the pics are uploaded - check Instagram (@dash319 and #danawanders) for the food pics at least. 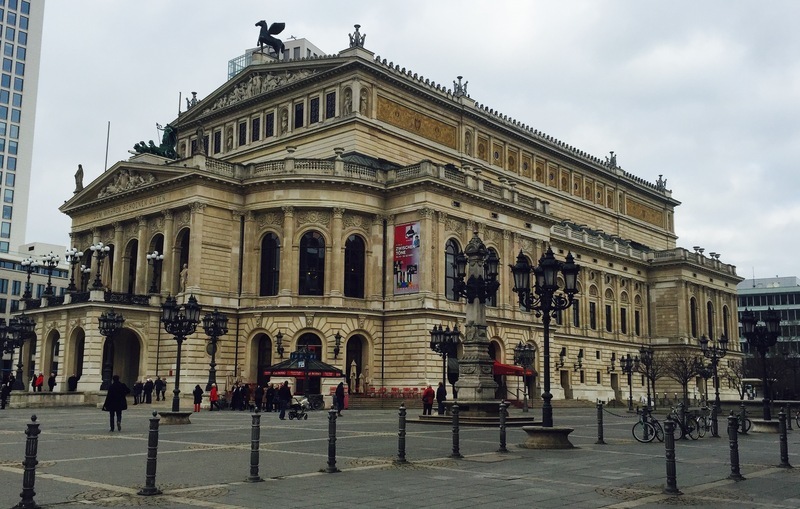